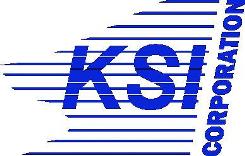 Russia’s largest producer and operator of slot machines KSI Corporation became a silver sponsor of the gambling forum in Sochi.

The company’s products will be presented in the RGW demo zone.

KSI Corporation was the first company in Russia that started the development and production of equipment for land-based gambling venues. High quality of products and level of service allow it to compete not only on the local market, but also abroad. The company develops slots, many of which became extremely popular among gamblers worldwide.

Currently, KSI Corporation employs over two hundred engineers and programmers. They develop about five thousand pieces of gaming equipment and not less than 15 video games per year.

To get information about the latest developments and already implemented products of KSI Corporation is possible at Russian Gaming Week Sochi. The forum will take place on October 27, 2016.

Keep up to date with the news industry, receives only useful information!